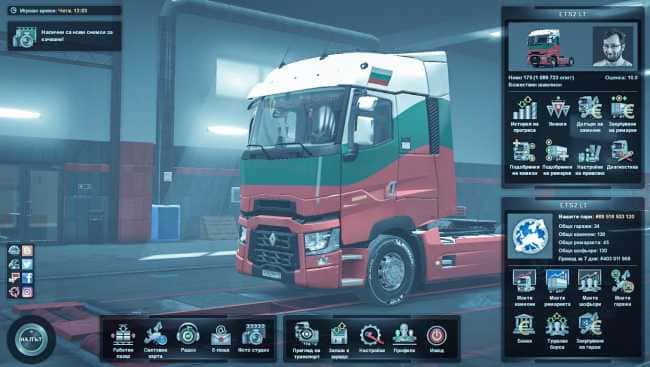 The game profile is suitable for all players (beginners, testers of modifications
and multiplayer players) and for those who for some reason could not create their own
personal game profile.
The profile was created without the use of modifications.
Profile supports all DLC ETS2.
Preservation is present:
-Profile name ETS2.LT;
-Garage St. Petersburg;
-Legend level;
-Garages 24;
-Trucks and Drivers 120;
-Trailers 45.