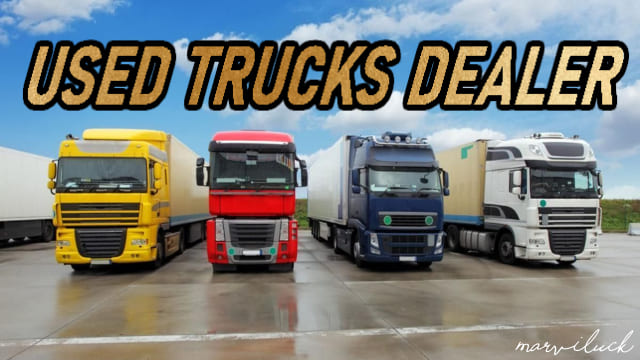 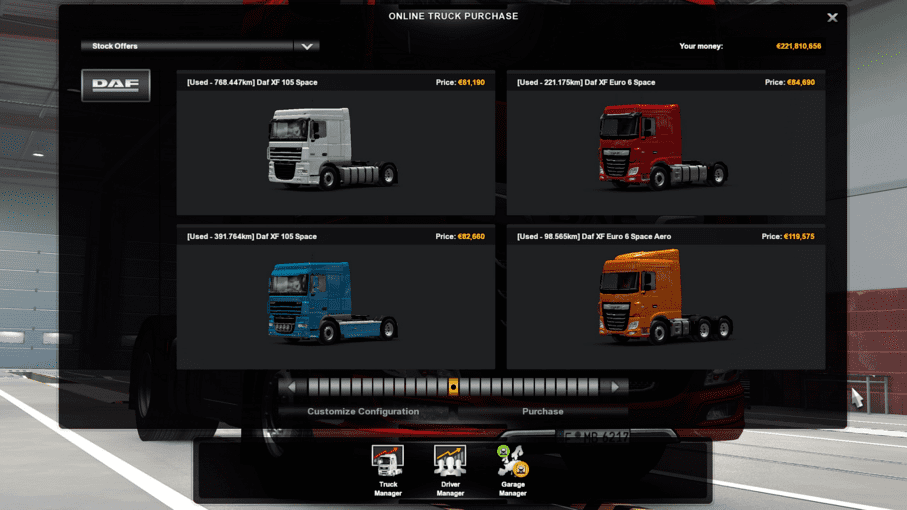 Have you ever wanted to have used trucks in your game? Well then, this mod is for you! Due to the
limitations of the game/modding, this mod requires a certain level of roleplay as it is not possible
to do things in a proper/better way. The idea of this mod isn’t new, but the previous one didn’t get
an update for over half a year, so I decided to create my own from scratch.

What does this mod do?
As of version 1.0.0, it adds used trucks to the mod dealers menu, correctly tagged as used (to differ
from different mods) with how many kilometers the truck has.

What’s the difference between used trucks and new trucks?
A used truck has the advantage of costing only 55%-60% compared to it’s new version, although this
price might differ up/down depending on several factors, such as the kilometers the truck has (can be
seen in the name and also in the truck’s odometer), the amount of wear it has (a used truck will have
some of it’s parts with more or less wear, so you may need to repair it after you bought it) and the
year of the truck (an older model truck will effectively cost less than a newer model, although I’m
still improving this part).
To balance the positiveness of buying a used truck, the biggest downside of it is that you’re limited
to the parts it comes with, but not the accessories. So after you bought a used truck, you cannot
change it’s cabin, chassis, engine or transmission, but you can change it’s color and all it’s
accessories (like bumpers, sideskirts, etc.). You should also pay attention to which extras the
truck has, as you can get rid of them to make the truck even slightly cheaper.

I highly recommend using this mod along an economy mod (I use my own version of PARDUBAK’s, but
it’s original works just as fine) as the prices/balances were made with such economy in mind.

This mod is still in a working progress state, meaning that it’s still far from it’s final version,
although I intend to keep working on it until it’s fully done. The reason I decided to share it before
it was done is because I’m interested in feedback, I’m open to what people have to say to add new
ideas (if possible by my limited modding capabilities) or to change current ones. So feel free to
leave a comment or create a discussion topic about the mod and, hopefully, new/better mod ideas come
along and we all can enjoy it.

With this said, for v1.0.1 I’m thinking of adding “permanent weakness” to a used truck’s engine
depending on the amount of kilometers it has. For example, you bought a Scania with a 400hp engine
which has 470.000km on it, so the engine only provides 392hp of effective horsepower (2% loss due
to engine wear, this being permanent). In the same instance, if the engine has 800.000km, it would be
only 380hp (5% loss). Of course, these values are just examples and I’m still thinking about it. It

can also be allied to lose power at lower or higher rpm. Opinions/feedback is welcome on this.
Independetly of all of this, I intend to add all SCS main trucks to the used dealers in future
versions.

Requirements:
None. Mod works on vanilla game with no DLC’s and also works with DLC’s. It should also work with
any mods, even if they change the main trucks, as my mod uses independent truck files.