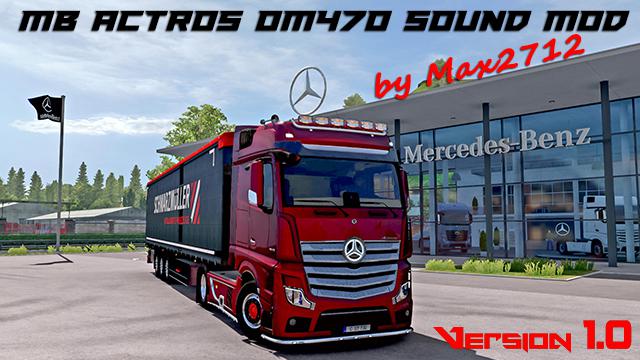 I´ve also made a comparison video with reallife for you which you can watch above ?

For now, my mod is replacing the sound of all engines for the Actros in game, so it isn´t compatible with
other “New Actros” sound mods. A version where my mod only works for the OM470 (which actually isn´t even
in the game without mods) will come with a later update.
I hope you enjoy my work. Have fun!