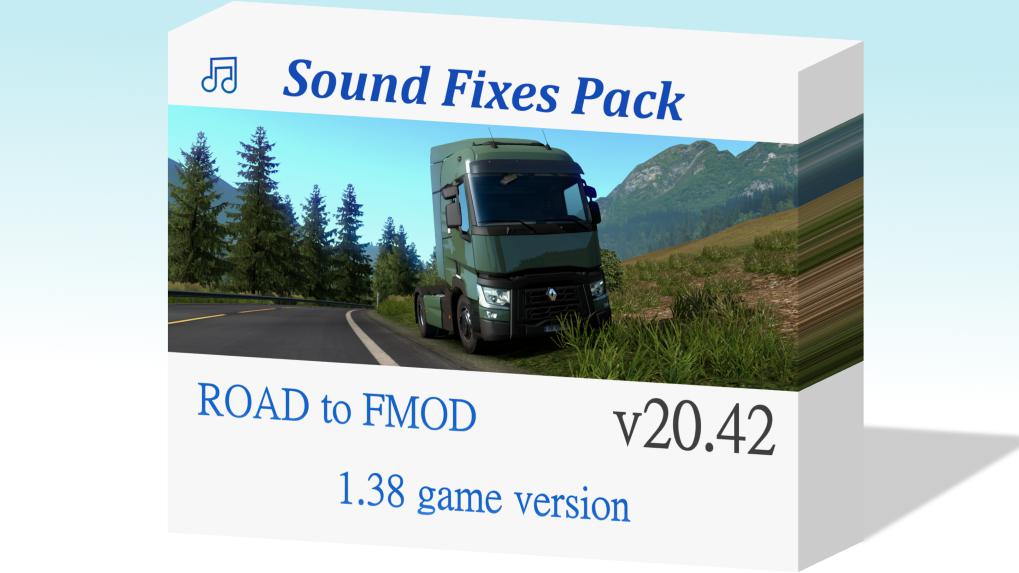 – Pack provides essential improvements to common sounds in the game for increased immersion.

– The goal of the mod is to make the game’s sounds feel like real life. The mod will have

* ETS2 1.38.1 + ATS 1.38.1. No errors in game log. Must have high priority in Mod Manager.
* Compatible with all maps and all trucks, including truck mods.
* Does not replace individual truck sounds, so this mod can be used with an unlimited amount of
truck sound mods of your choice.

* Retro/historic ding sound for while the fuel is pumping (circa 1960s to 1970s). The number of
dings can help give you an idea on how much you refueled.

* Reworked cabin noises when steering the truck.
* An extensive variety of air brake sounds.
* Subtle brake whistle sounds heard when coming to a stop (exterior view or when window open).