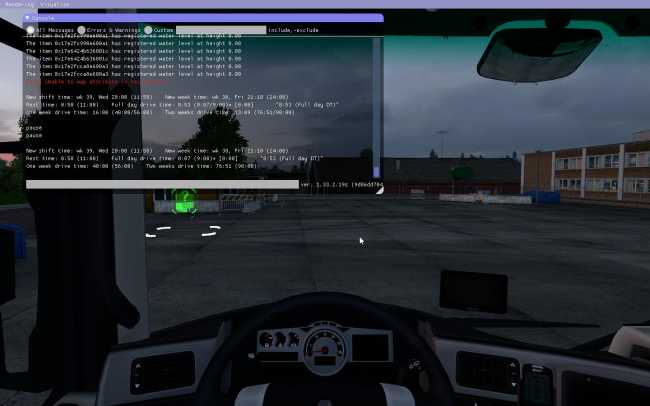 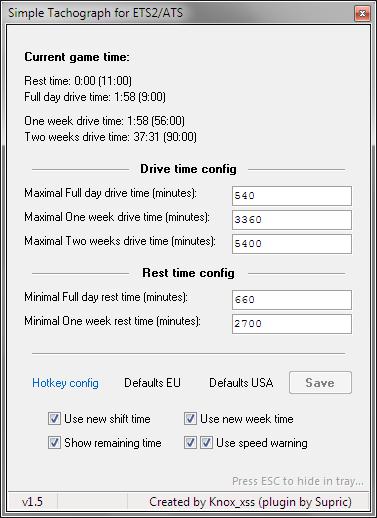 Changes:
added sound notification when changing the speed limit (the second checkbox next to Use speed warning) the fractional rate of the current speed is now rounded to integer
the interval of saving the config file has been increased from 0.5 to 3 seconds

After a week’s rest, the time of driving for a week is first copied into the driving for the second week, and then resets. In addition, the current playing time is remembered – this is the time of the beginning of a new working week (it is shown in the console as “New week time”).

Over 1 hour and 20 minutes before the end of driving time (daily, weekly or two-weeks), the player is notified (sound and in the game console) at intervals of every 20 game minutes.

Recommendations
* I recommend disabling the default fatigue emulation.
* The program can be minimized to the system tray, so as not to interfere on the screen.

It should be like this (as an example):
g:\Games\Euro Truck Simulator 2\bin\win_x64\plugins\telemetry_tedit_x64.dll

If you find any stolen mod on this website, please inform us